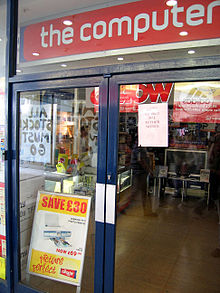 This time monkeys from outer space crash land on Earth. They aren’t friendly and attack everything they can find. It’s more of an invasion and perhaps they are invading Earth in a planned attack. They are hostile and nowhere in the game do they try and escape. You need to help a group of girls to catch them if you can. They are interested in capturing the little pestering animals because they had a monkey that launched their grandmother into space eons ago. But that’s beside the point, escape has nothing to do with this game.

The storyline is entertaining though and the graphic scenes do depict some really good scenes and beautiful scenery. The graphics are intensely well done and the characters are entertaining. The game is not too serious and more of a comedy than anything else.

The weapons you use are a fan, a slingshot, and a butterfly net. There are plenty of bananas floating around and you shoot at them and get points. You can also shoot the monkeys who slide around on rails. You can use the net to catch them, but that doesn’t mean they’re running away from you. They will be attacking at all times and you simply nab them in the net as they approach.

The game is quite long with 16 levels of mayhem. But it’s not the kind of combat shoot-em-up fans like. It’s not as exciting as those real shooters. Many will find it quite repetitive as you are doing the same things over and over. There aren’t too many weapons around and it’s very simple to navigate from one level to the next. You won’t face extreme challenges or nasty opponents. The monkeys don’t provide any real challenge and they don’t think or outwit you in any manner. There’s no demand for real intelligence to beat them.

Games are a form of escape from reality. Many gamers want to be the hero or the villain and in PlayStation Move Ape Escape you are neither. Shooters are usually fast paced action games with plenty of variety in your arsenal to get the job done. Not this one.

PlayStation Move Ape Escape is a lack luster shooter that doesn’t deliver. The price of the game is unrealistically high in comparison to games in its genre. Why would any gamer invest in a monkey game that fails dismally?

Shooting on rails is nothing new and the developer could have included a lot more to the game to make it exciting and more playable. Even little children won’t find the game worth playing and the time it takes to complete is certainly a waste.

If you find PlayStation Move Ape Escape in the bargain bin then get a copy, but don’t pay full price for this game.