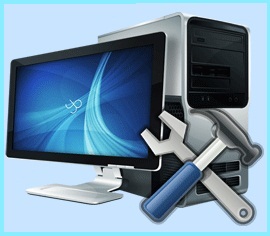 I don’t know if you are aware of it but there is an almighty battle going on at the moment in the games console market place. Microsoft and Sony have both released new versions of their fantastic games machines, the XBox 360 and the PlayStation 3 Slim.

Along with these new models are the hands free controllers that allow a player to use their own body movements to directly affect gameplay. This is amazing and a leap forward for game players. It makes the games very interactive. It also moves the world of fitness games, first seen on the Nintendo Wii to another level.

Choosing Between A PlayStation 3 Slim and The XBox 360

Because both the consoles are so good there is this push to get the most customers buying for Christmas this year. The 2 companies are talking about games that are only on their platform. There is discussion about graphics technology and storage sizes. At the end of the day there are only really small differences between them apart from one. The PlayStation 3 is also a Blu-ray DVD player.

For the life of me I do not understand why Sony are not talking up this huge extra bonus you get with the PS3. Sure they talk about it, but this really is a huge money saver for any gadget person. The one console is both a state of the art games machine and can play the latest Blu-ray discs. Blu-ray is going to be a big seller in the next few months as can be seen by the shelf space given over to the blu-ray discs in your local store.

Features Of The Blu-ray PS3

The main feature is that it is not a noisy player. You can watch both high action and the boring quiet love scenes and not have cross over noise from a whirring disc player in the background. You can use the wireless remote with it so no wires will be trailing across the carpet. And If you fall asleep you don’t have to walk across the room to switch it off.

The PlayStation 3 will also play most of the other video formats you will need including MPEG, AVI, Motion JPEG, AVCHD, DivX, MVC and VC-1. So this makes the Sony PS3 an al round video and movie player as well as one of the top gaming machines. Think of it this way if you like. You go and buy a fantastic Blu-ray player for about $299 and get the PlayStation thrown in for free.